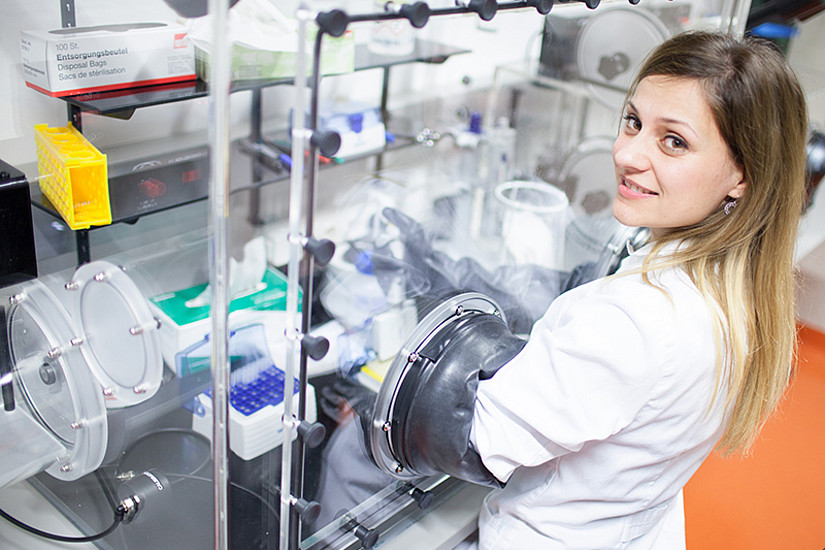 Martina Schweiger, Institute of Molecular Biosciences of the University of Graz, contributed to this publication as a part of the Austrian Excellence Cluster on Lipid Research. Photo: Uni Graz/Grumet.

Obesity is a serious global health problem and a risk factor for diseases such as type II diabetes, heart disease and fatty liver disease. A central element in the development of obesity is adipose tissue, which comprises fat cells (so-called adipocytes, specialised to store fat) and macrophages (immune system scavenger cells, which are typically associated with the destruction of microbes). Together with researchers from Poland, Germany, Australia and Austria, a team of MedUni Vienna scientists has now discovered the signalling pathways responsible for the development of a valuable type of adipose tissue macrophage (ATM) in obesity, which prevents lipotoxicity. Lipotoxicity is the process whereby fat molecules are deposited in non-adipose tissues. This study has now been published in the top journal Nature Metabolism.

In this study, the researchers, including some from CeMM (Research Center for Molecular Medicine of the Austrian Academy of Sciences) and the University of Graz, specifically studied the PI3K signalling pathway. This is a major metabolic regulator, since it regulates fat storage and plays a major role in the cellular reaction to the hormone insulin. In obesity, diminished insulin action or insulin resistance leads to type II diabetes, which is linked to high blood glucose levels.

Gernot Schabbauer from the Institute of Vascular Biology and Thrombosis Research at MedUni Vienna's Center for Physiology and Pharmacology and senior author of the study has been studying the PI3K signalling pathway in immune cells for several years now: "The key role of PI3K in metabolic processes is proven but its role in adipose tissue macrophages was hitherto unclear." Julia Brunner, co-lead author of the study, adds: "ATMs are like Dr Jekyll and Mr Hyde – in obesity, they can either be good or bad. We assumed that an active PI3K signalling pathway could tip the balance in favour of ‘good’.”

Using techniques such as multicolour flow cytometry, lipidomics, cellular respiration tests and several animal models, the scientists discovered that sustained activity of the PI3K signalling pathway can tip the balance within macrophages for the better: this notably produces specialised ATMs, which are characterised by increased numbers of MARCO (macrophage receptor with collagenous structure) scavenger receptors on their surface.

"We discovered that these MARCO-expressing ATMs are professional lipid scavengers. These cells absorb fat MARCO-dependently and break it down, thereby preventing it from finding its way into the bloodstream," explains Andrea Vogel, co-lead author of the study and PhD student in immunology at MedUni Vienna. Omar Sharif, co-senior author of the study, adds: "Metabolic syndrome and lipotoxicity are characteristic features of obesity. Our work indicates that a higher lipid intake and improved energy metabolism of the ATMs helps to maintain systemic metabolic health. This can have far-reaching impacts for a number of metabolic diseases."

Subsequent studies will now be conducted to establish whether PI3K signalling can also have a lasting influence on the ATM population in humans as well. "Although moderate inhibition of PI3K has already been discussed as a therapeutic strategy for treating metabolic diseases, our data point to potential unexpected side-effects. These might include altered blood lipid levels, caused by the reduced fat absorption of the ATMs," says Schabbauer. 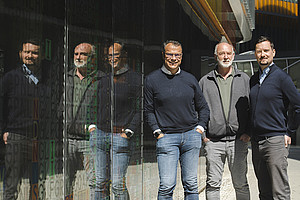 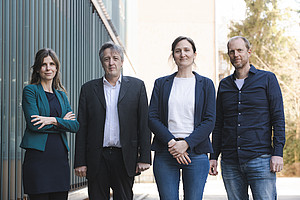 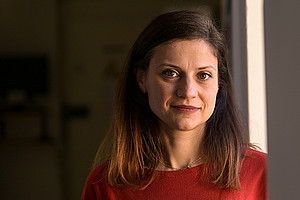 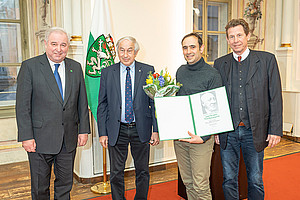